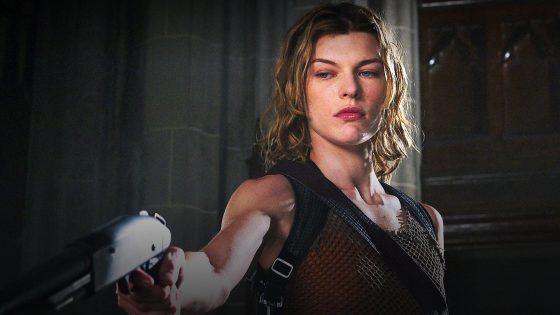 With a new Resident Evil movie out this week, it seems like a fine time to look back at one of the songs from the previous series, “The End of Heartache” by Killswitch Engage from Resident Evil: Apocalypse.  “The End of Heartache” was the title track for the band’s 2004 album of the same name and it peaked at #21 on the Billboard charts and the album was certified gold.  The song was included on the Resident Evil: Apocalypse soundtrack when the movie was released on September 10th, 2004, and there was a “Resident Evil version” of the song’s music video that incorporates clips from the movie.  The song also got nominated for Best Metal Performance at the 47th Grammy Awards in 2005.  The other Milla Jovovich Resident Evil movies had alt-metal/nu-metal focused soundtracks but none of the other songs or albums seem to be of much note compared to Killswitch Engage’s contribution.  Check out the music video for “The End of Heartache” below.