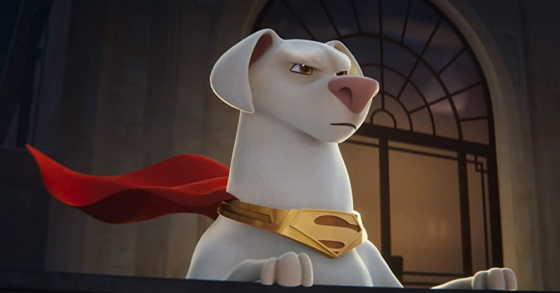 Teased at DC Fandome recently, The League of Super-Pets is a new DC animated movie hitting theaters in May of next year.  Going all-in on DC, Dwayne Johnson is voicing Krypto the Superdog in addition to Black Adam.  When Lex Luthor (Marc Maron) unleashes his latest plot and takes down the Justice League, Krypto assembles a group of shelter pets who have gained superpowers to rescue Superman (John Krasinski) and stop Lex.  Kevin Hart voices Ace (the Bat-Hound?) and Kate McKinnon, Vanessa Bayer, Natasha Lyonne, Diego Luna, and Keanu Reeves also co-star.  The movie seems like it kind of has a Secret Lives of Pets vibe with the DC comics universe layered on top.  Jared Stern and Sam Levine co-direct the movie and it will be out on May 20th next year.  Check out the trailer below.

Superman Takes on Lobo and Parasite in Superman: Man of Tomorrow (Trailer)

Jumanji Goes Digital in Jumanji: Welcome to the Jungle (Trailer)