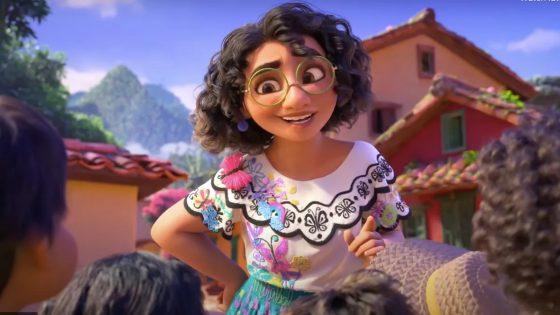 There were no new wide releases over this past weekend to start December 2021, so Encanto remained at the top of the charts for a second weekend in a row.

Encanto took in another $13.1 million, bringing it to $58.3 million so far domestically for two weeks out and $116.5 million worldwide.  The state of theaters was obviously much different but Encanto has already passed what Raya and the Last Dragon made for its entire theatrical run in the spring this year but it also had Premiere Access on Disney+ that we have no idea of the numbers for.

Ghostbusters: Afterlife stayed in second with another $10.3 million.  It has $102.2 million domestic and just under $145 million worldwide.  It should surpass Dune shortly to become the 10th highest-grossing film domestically for 2021 and it’s currently 24th for the worldwide charts.

House of Gucci remained in third with another $7 million, bringing it to $33.8 million domestic and $67.4 million worldwide.

A special Fathom event, Christmas with the Chosen: The Messenger, took in $4.1 million for the weekend and has $9 million total domestic as it started playing on December 1st last week.  The “movie” is a special episode of The Chosen, a religious TV series about the life of Jesus.

Resident Evil: Welcome to Raccoon City dropped out to the top 5 in its second weekend, coming in at 6th place with $2.6 million.  It has $13.2 million total so far domestically and $24.3 million worldwide.