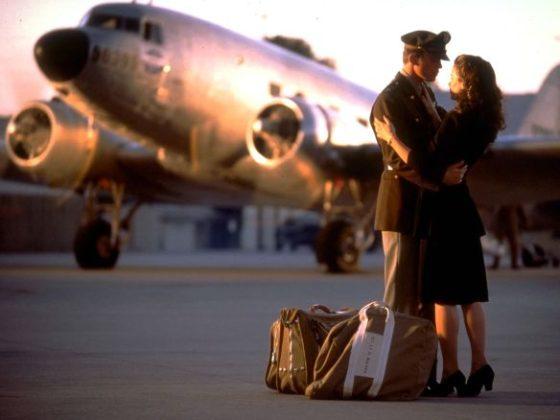 Possibly looking to copy the success of Titanic, which had a massive power ballad in “My Heart Will Go On” that helped drive the movie’s popularity, Michael Bay had “There You’ll Be” for his massive World War II movie, Pearl Harbor (although things didn’t work quite as well as they did for Titanic).  The song was offered to the singer of “My Heart Will Go On” herself, Celine Dion, but she declined because she didn’t want to do another big movie song so the song went to country superstar Faith Hill.  The song was a top 10 hit, peaking at #10 on the Billboard charts and topping the Adult Contemporary charts and also topped the charts in Canada, Portugal, and Sweden.  Hill was nominated for Best Female Pop Vocal Performance at the Grammy Awards but lost to Nelly Furtado’s “I’m Like a Bird”.  Michael Bay himself directed the music video for the song, which puts Hill into scenes inspired by the movie along with clips from the movie itself.  You can check out the video below.