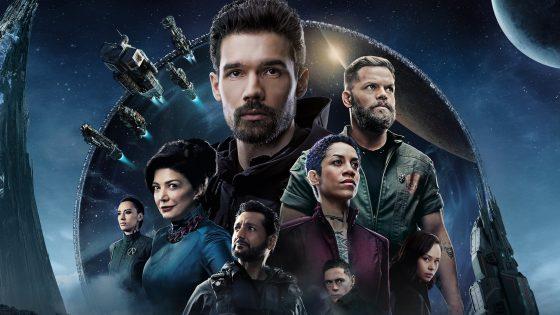 Starting life on SyFy, The Expanse was saved from cancellation by Prime Video and the sixth and final season is out tomorrow on the streaming platform.  The show is set in the future where humanity has spread across the inner solar system and tension has built between the governments of the Earth (mostly represented by the fearsome Shohreh Aghdashloo), Mars, and the loose alliance of the “belters”, the OPA.  Things kick off with the disappearance of a woman named Julie Mao that draws in a detective, Joe Miller (Thomas Jane), and the crew of the Rocinante (Steven Strait, Dominique Tipper, Cas Anvar, Wes Chatham) and leads to the discovery of strange alien organisms and technology that changes what humanity knows about the universe and pushes the factions closer to all-out war.  The show has gained critical acclaim for its narrative, visuals, and character development and sci-fi fans have praised its take on space travel and tech, like having to flip the ship around halfway through interstellar journeys in order to be able to slow down enough to safely stop at your destination and the way battles between ships play out.  In case you need a refresher on the events of the last five seasons, you can check out the recap video from Amazon below.