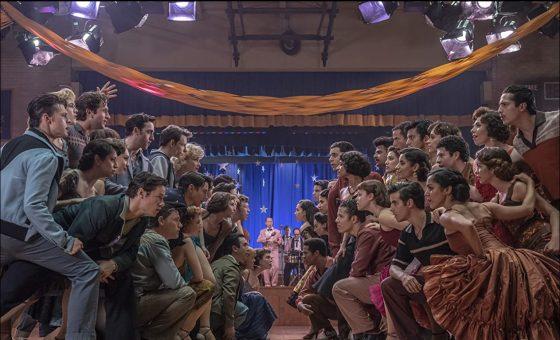 20th Century Studios/Disney was hoping for a massive opening for Steven Spielberg’s critically acclaimed remake of West Side Story but it was not to be, as the movie failed to draw in audiences over the weekend.

West Side Story still took the #1 spot but its $10.5 million was not what the studio or the film industry were looking for.  It’s less than the opening of In the Heights earlier this year, which was also released day and date on HBO Max.  West Side Story is exclusively a theatrical release for at least the next few weeks.  There’s a number of reasons why it might not have performed, including the continued reluctance of the over 40 audience to return in droves to movie theaters, the lack of star power (Ansel Elgort was the biggest name in the cast), and concern about the Omicron variant among some moviegoers.  The bit of historical data that the studio is clinging to is that The Greatest Showman opened around the holidays to a disastrous $8.8 million but went on to make over $174.3 million due to massive legs and returning and new audiences hearing about the movie via word of mouth.  Next weekend will be critical to see how West Side Story will hold but it’s up against the juggernaut that is Spider-Man: No Way Home, which is sure to suck up almost all the available box office money.  West Side Story cost over $100 million to make and it needs to make at least $300 million worldwide just to break even.

Disney also had the second-place movie over the weekend with Encanto, which brought in another $9.4 million, bringing it to $71.9 million domestic and over $152 million worldwide.

House of Gucci and Eternals rounded out the top 5, with Eternals now with over $395 million worldwide, making it the 9th highest-grossing film worldwide for the year.

Nowhere near the top ten was the weekend’s other new release, National Champions, a college sports drama that only made $301,028 on 1,197 screens, giving it an abysmal $251 per theater and was almost assuredly playing to near or completely empty screening over the weekend.

Speaking of Per Theater average, it went to Licorice Pizza with $43,124 in 4 theaters.  Recent A24 release Red Rocket also had a solid debut in 6 theaters, making $16,099 in each over the weekend.