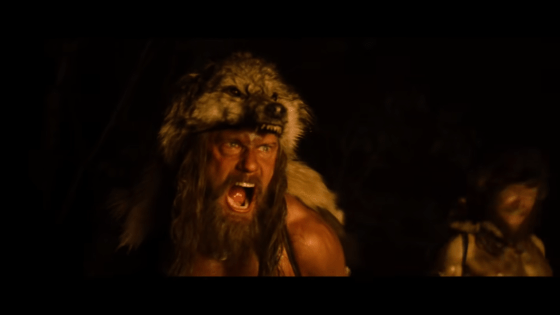 With The Witch and The Lighthouse, Robert Eggers has become one of the most interesting and critically acclaimed directors working today and he’s bringing a tale of bloody revenge to the screen next year with The Northman.  Starring Alexander Skarsgard as Prince Amleth, the Viking inspiration for Hamlet, he seeks revenge on his uncle Fjolnir (Claes Bang), who murders Amleth’s father, King Aurvandill (Ethan Hawke), and takes the kingdom for himself.  After years away, Amleth returns and goes on the warpath to rescue his mother Queen Gudrun (Nicole Kidman), kill Fjolnir and take back his kingdom.  He meets a mysterious woman named Olga (Anya Taylor-Joy) who offers to complement his brutal violence with cunning strategy.  Willem Dafoe and Bjork co-star as well.  The movie looks fantastic with some gorgeous visuals and some interesting ways of portraying the magical side of Norse mythology along with brutal violence.  The movie is out on April 22nd next year and you can check out the trailer below.

The Ocean is at War in Aquaman (Trailer)