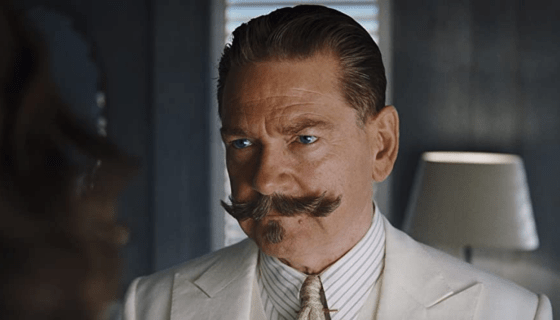 Originally supposed to have already been out for two years at this point, Death on the Nile was one of the many films that found itself pushed back multiple times due to the pandemic but it will finally hit theaters in February next year.  Kenneth Branagh (and his stache) return in front of and behind the camera for another Hercule Poirot mystery after solving the Murer on the Orient Express in 2017.  Poirot is on board the SS Karnak for a luxury cruise of the Nile River but, as with almost every place he shows up, a murder occurs and he must determine which passenger (or passengers) are the killer.  Much like the original 70s movie and the Murder on the Orient Express, this Death on the Nile is a star-studded affair with Gal Gadot, Tom Bateman, Russell Brand, Annette Benning, Ali Fazal, Dawn French, Rose Leslie, Emma Mackey, Letitia Wright, Sophie Okonedo and Jennifer Saunders co-starring.  Armie Hammer also co-stars although, in the time since shooting the movie and this release date, serious rape allegations were leveled against him.  Unlike, say, All the Money in the World, 20th Century Studios/Disney decided to leave Hammer in and not reshoot his scenes with a different actor.  The movie is out on February 11th and you can check out the trailer below.

Everyone’s A Suspect in Murder on the Orient Express (Trailer)