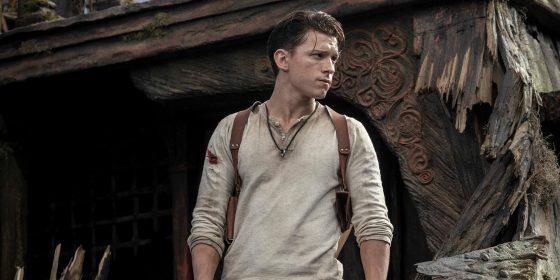 Even with Spider-Man: No Way Home tearing up the box office currently, the next big Tom Holland movie is just around the corner with the release of Uncharted in February next year.  Based on the amazing (and amazingly fun) series of games from Naughty Dog, Holland stars as Nathan Drake, who teams up with treasure hunter Victor Sullivan (Mark Wahlberg) to find the lost treasure of Magellan that is worth at least $5 billion.  The pair are in a race against wealthy opponent Moncada (Antonio Banderas), who believes that his family is rightful heirs to the treasure and will take out anyone in his path.  Nate and Sully get help from Chloe Frazier (Sophia Ali) while Moncada’s main enforcer is the formidable Braddock (Tati Gabrielle).  There are set pieces straight out of the games, although even though the movie is a prequel, it’s pulling sequences and plot idea from later games in the series, like 3 and 4, and Mark Wahlberg is still a horrible looking and acting Sully.  We’ll see if Uncharted can escape the video game curse on February 18th and you can check out the new trailer below.