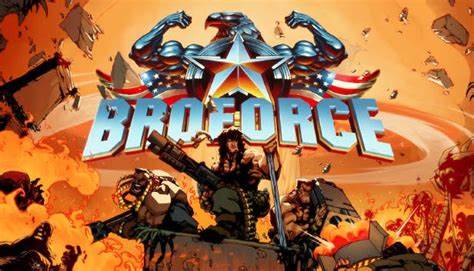 One of our favorite games of all time, Broforce exploded onto the scene in 2015 as the ultimate homage to action movies, letting you play as Rambo, John McClane, Blade, John Matrix, BA Baracus, MacGyver, Agent J, Machete and so many more.  The retro-style combined with the fully destructible environments and explosive and fast-paced action has made it a hit among gamers and it’s appeared on PC, Mac, Linux, PS4, and Switch.  The game needed an over-the-top anthem to match its over-the-top style and Free Lives and Devolver Digital recruited Cape Town power metal band Strident to craft the theme song for the game.  The song perfectly matches the tone of the game and is full of shredding guitars and lyrics about freedom and kicking ass.  The song appeared on Strident’s album, When Gods Walked the Earth, as a bonus track when the album was released in 2016.  You can check out the music video for the song below.