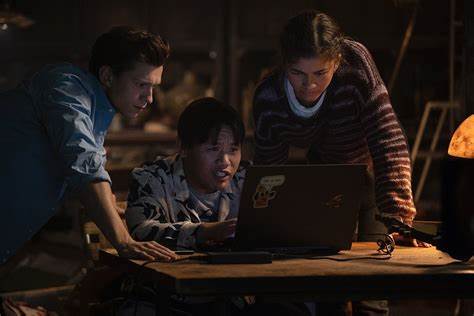 Spider-Man: No Way Home continued to dominate for the first weekend of 2022, passing $1.37 billion worldwide.

Sing 2 remained in second place with $20.1 million, having a tremendous hold from last weekend and only dropping 10%.  It has $90.2 million domestically so far and $145.4 million worldwide.

The King’s Man surged to third place with $4.5 million, moving up a slot from last week’s opening.  It has $19.5 million domestic and $47.8 million worldwide.

American Underdog and The Matrix Resurrections rounded out the top 5.  The Matrix is suffering even with $105 million worldwide.  The movie cost $190 million without accounting for marketing and other costs and it probably needs at least $400 million to break even.  It will get a Chinese release on January 14th, so that could be its only hope to not be a fairly huge bomb.

Because there were no new wide releases this past weekend, Ghostbusters: Afterlife returned to numerous theaters and brought the movie back up to 7th place.  It was in 10th place last week but it made another $1.5 million and it has $123.4 million domestic and $184.7 million worldwide.

The Per Theater average went to Memoria, an international film that was playing in 1 theater and made $18,122 in that theater over the weekend.