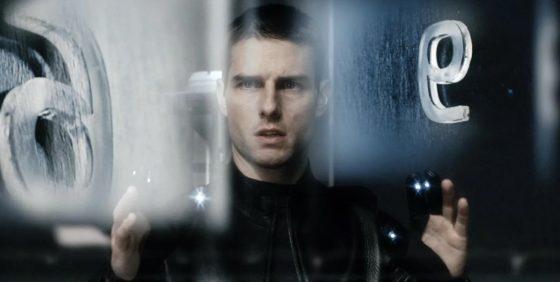 Celebrating its 20th anniversary later this year, Minority Report is still a fantastic sci-fi action movie and the teaming up of two of the biggest names in Hollywood: Tom Cruise and Steven Spielberg.  Based on a Phillip K. Dick short story “The Minority Report”, Cruise stars as police officer John Anderton, who is part of a special unit of the Washington DC police called Precrime, who are able to stop crimes before they happen thanks to a trio of clairvoyant humans known as the precogs.  When Anderton himself is accused of committing a future murder, he kidnaps one of the precogs, Agatha (Samantha Morton), and tries to find the titular “minority report” which may reveal an alternate timeline that will prove his innocence.  The movie has a fantastic vision of the future of 2054 and tons of fantastic action and tension-filled set pieces, like a sequence where Anderton gets his eyes replaced in a black market surgery but has to hide and keep his eyes covered in bandages while spider-like robots who are sent into an apartment building.  The movie got fantastic reviews at the time and is still considered top tier Cruise and Spielberg entries and made $358.4 million worldwide.  It got a tie-in video game and a short-lived and vastly inferior sequel series on Fox that aired for a season starting in fall 2015.  You can check out the entire movie below thanks to YouTube.