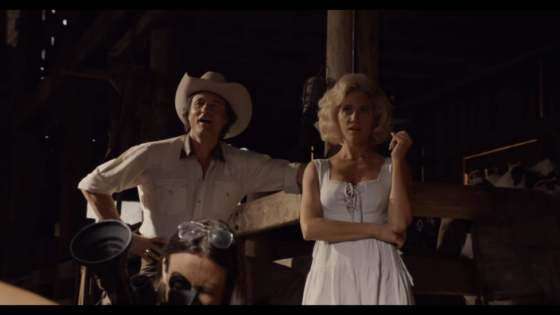 It’s been almost 10 years since we last got a horror film from the critically acclaimed Ti West, who previously brought us The House of the Devil, The Sacrament, and The Innkeepers, but he’s teaming with A24 for this year’s X.  X follows a film crew who heads into the country to make a porno but they soon realize that the wife of the farmer whose farm they are using is dangerously unstable and their film shoot turns into a nightmare.  Mia Goth, Jenna Ortega, Martin Henderson, Brittany Snow, and Scott Mescudi co-star, and the movie looks like a cross between Texas Chainsaw and Paul Thomas Anderson’s Boogie Nights and all of it intriguing.  The movie arrives in theaters on March 18th and you can check out the trailer below.

The Hole in the Ground Brings Some Irish Horror (Trailer)

The Monster Stalks a Stranded Mother and Daughter (Trailer)