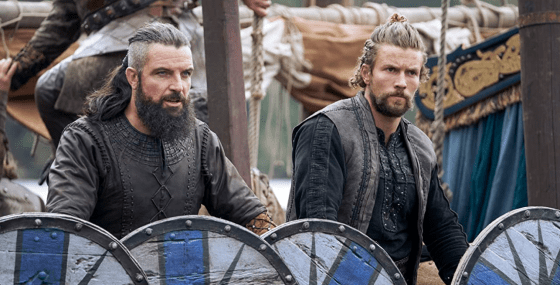 With the saga of Ragnar Lothbrok and his successor wrapped up, Netflix is returning to the world of Vikings 100 years later with Vikings: Valhalla.  The show will follow some of the most famous Vikings toward the end of the Viking Age like Leif Erikson, Erik the Red, Freydís Eiríksdótti, William the Conqueror and King Harald Hardrada as the Vikings war with England but also with each other as Christian Vikings clash with those clinging to the old gods.  It looks like the epic battles of the original series are back in full force, with a siege of London featured in the trailer looking to be a highlight.  Original Vikings creators Michael Hirst and Jeb Stuart are back to run this new series and the first season arrives on February 25th on Netflix.  Check out the trailer below.