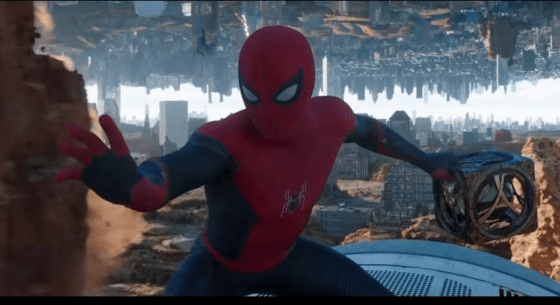 After letting Scream take the top spot for a week, Spider-Man is back on top and continues to move upwards on the domestic and worldwide all-time charts.

Spider-Man: No Way Home took in another $14 million over this past weekend, bringing it to $720.8 million domestic and $1.69 billion worldwide.  The movie is now the fourth highest-grossing film domestically of all time and the sixth highest-grossing film worldwide of all time and will probably stay there, as it needs around $358 million more to top Avengers: Infinity War’s worldwide gross.  If you adjust for inflation on the domestic side, No Way Home has passed The Avengers to be the 14th biggest film of all time and it will probably pass at least Raiders of the Lost Ark and Forrest Gump but it probably won’t be able to break into the top 10.

Scream dropped to second with $12.4 million in its second weekend, dropping about 60% from its opening last week.  It has $51.3 million domestic and $69.2 million worldwide.  It has already made more on the domestic side than Scream 4 made in its total run but is still slightly behind it worldwide.

Sing 2 remained in third place with $5.7 million, bringing it to $128.4 million domestic and over $241 million worldwide.

Redeeming Love and The King’s Man rounded out the top 5, with the latter being the best performing of the weekend’s new releases.  Redeeming Love took in $3.5 million and puts it around Do You Believe? and The Young Messiah as far as faith-based opening weekends.

Further down the list, the baffling case of The King’s Daughter, a movie that was shot and finished in 2014 for an initial planned release in 2015, finally came out and, shocking no one, bombed horribly.  It was the seventh-worst opening of all time for a movie playing in over 2000 theaters with only $750,000 in 2,170 theaters.  That’s only $346 for each theater for the whole weekend, meaning it was probably playing to a lot of empty screens.  Why distributor Gravitas Ventures didn’t just put in VOD or sell it to a streamer is a question their accountants are probably asking.

Speaking of Per Theater averages, the Per Theater winner for this past weekend was a re-release of the Gene Hackman classic The Conversation, which played in 1 theater and made $5,781 there for the weekend.