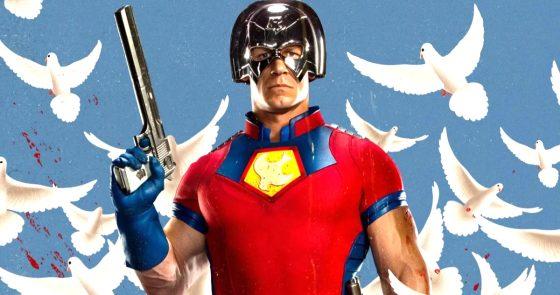 James Gunn has always brought exquisite musical choices to his projects like the Awesome Mixes on the Guardians movies and he found an absolute gem for the theme song of the new Peacemaker HBO Max series, “Do You Wanna Taste It?” by Wig Wam.  The entire Peacemaker soundtrack is full of excellent glam and hair metal cuts but unlike bands like Pretty Boy Floyd or Cinderella, Wig Wam is actually a fairly recent band, having formed in 2001.  The band is from Norway and consists of band members Glam, Teeny, Flash, and Sporty.  “Do You Wanna Taste It?” comes from the band’s 2010 album Non Stop Rock N Roll and they recorded a music video to go along with it as it was the album’s big single.  Wig Wam has also competed for a spot in Eurovision and came in third place in 2004 for the Norwegian finals.  Their song “In My Dreams” is also featured on the Peacemaker soundtrack and the song will be immortalized forever thanks to the show’s mind-boggling great opening credits, which features the entire cast dancing to the song.  You can check out Wig Wam’s original music video and the Peacemaker opening credits below.