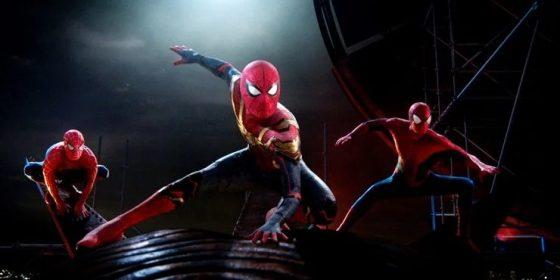 Spider-Man: No Way Home wrapped up the first month of 2022 still at the top of the charts and passed the $1 billion mark internationally (it had already passed $1 billion from the combined international and domestic totals).

No Way Home took in another $11 million domestically for the weekend, bringing it to $735.8 million total domestic gross.  It’s the fourth highest-grossing film domestically of all time (unadjusted) and is only $25 million or so away from topping Avatar to take third place.  On the adjusted All-Time chart, No Way Home is currently 13th between Forrest Gump and Raiders of the Lost Ark.  Worldwide, No Way Home now has $1.7 billion worldwide and $1 billion from markets outside the domestic market and its #6 on the All-Time grosses chart between Avengers: Infinity War and Jurassic World.  It’s the first Sony film to make $1 billion outside the US.

Scream stayed in second place with another $7.2 million, bringing it to $62 million domestic and $106.1 million worldwide.  It’s around $27 million off from the next Scream movie’s domestic gross, Scream 3, which had $89.1 million back in 2000.

Further down the list, both Ghostbusters: Afterlife and Licorice Pizza jumped back into the top 10, with Ghostbusters returning to a number of theaters due to the lack of new wide releases.  It came back into the top 10 at 8th place with $775,000, pushing it to $128 million domestic and $196 million worldwide.  It’s about $287,000 away from topping 2016’s Ghostbusters domestic run at the box office but it’s not really close on the worldwide side, with Paul Feig’s movie making slightly over $229 million worldwide.  Licorice Pizza brought in another $630,117 and has made $11.8 million total so far domestically despite not ever being in over 1,000 theaters (it peaked so far at 786 theaters).

The Per Theater average went to John Cameron Mitchell’s Shortbus, playing in 1 theater it made $12,205 in that theater over the weekend.