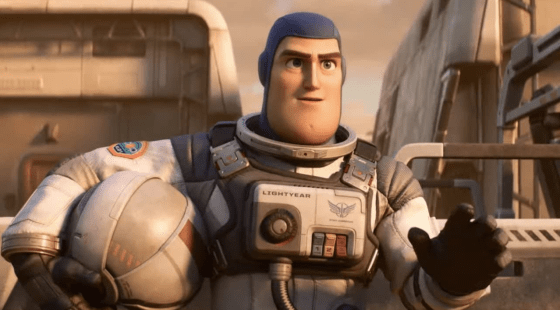 We’re still trying to wrap our heads around the concept of Pixar’s big June release, Lightyear, which features Chris Evans as the “real” Buzz Lightyear who apparently inspired the action figure from Toy Story (?) but is also set in a universe where humanity has intergalactic space travel and Star Command is a real organization.  Evans’ Buzz is the test pilot for a ship that has been built by a group that has been stranded on another planet for a year.  Buzz is tasked with finding a way back home to Earth but he gets waylaid when he runs into the evil forces of Zurg, who we get our first glimpse of in this new trailer.  Keke Palmer, Dale Soules and Taika Waititi are a group of Space Ranger recruits and Pete Sohn voices Buzz’s robotic cat, Sox.  Angus MacLane directs the movie, previously co-directing Finding Dory as well as Toy Story of Terror and Small Fry.  Lightyear is in theaters on June 17th and you can check out the trailer below.