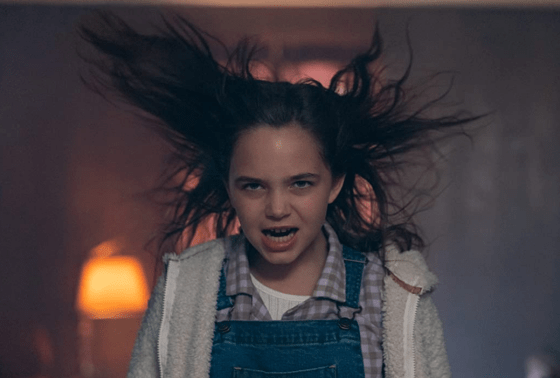 If you’re a fan of horror, there are new projects from Starz, A24, and Blumhouse coming in spring/early summer this year.  Check out all three trailers below.

Coming from Blumhouse, a remake of Firestarter is coming on May 13th in theaters and day/date on Peacock,  Based on the Stephen King story and the original movie starring Drew Barrymore, Zac Effron, and Sydney Lemmon are parents to Charlie (Ryan Kiera Armstrong), who has the ability to create and control fire via pyrokinesis.  A shadowy government agency is tracking the family down and looking to take Charlie and train her into becoming a weapon.  Kurtwood Smith, John Beasley, Gloria Reuben, and Michael Greyeyes co-star, and the movie is directed by Keith Thomas, who directed the horror movie The Vigil, and John Carpenter will be doing the score.

Coming from A24, Men is the latest from Alex Garland, who previously brought us Ex Machina, Annihilation, and Devs.  Oscar nominee Jessie Buckley stars along with Rory Kinnear and it looks more like a straight horror movie than the sci-fi he’s previously brought us but there are not really any details and the trailer doesn’t really reveal anything about the plot.  It’s out on May 20th in theaters.

Finally, Starz has a new series called Shining Vale, that stars Courtney Cox, Greg Kinnear, and Mina Sorvino.  Cox is a writer who is struggling to come up with her next big book.  Her family moves to the small town of Shining Vale to get out of the city and see if it sparks any inspiration for Cox.  While the rest of the family adjusts to their new home, Pat (Cox) starts to experience strange visions and sees the ghost of the house’s previous resident, played by Mina Sorvino, but she’s the only one seeing and experiencing the supernatural events.  The show is a horror-comedy and it debuts on March 6th.