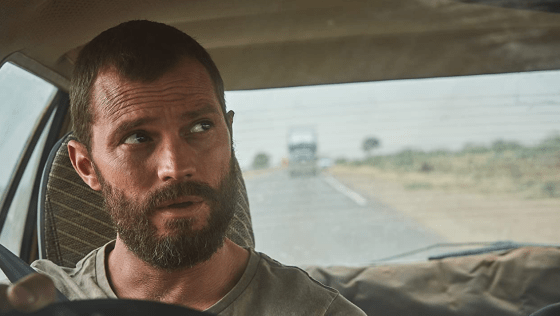 Coming to HBO Max in March, Jamie Dornan is a man with no memory in the miniseries The Tourist.  Starring as “The Man”, Dornan’s character is in Australia when he’s run off the road outside the small town of Burnt Ridge by a semi-truck.  Awaking up in the hospital, he has no memory of who he is or why he’s in the Australian outback but while he’s trying to put things back together, mysterious men show up looking for him.  Danielle Macdonald, Shalom Brune-Franklin, Damon Herriman, Alex Dimitriades, Ólafur Darri Ólafsson, and Aubrey Gardner co-star with Harry and Jack Williams, who previously created the series The Missing, writing and directing all 6 episodes.  The series already debuted on the BBC and the Australian Stan network and it got great reviews from the critics.  It will debut on HBO Max on March 3rd and you can check out the trailer below.

Melanie Laurent Has No Memories or Air in Oxygen (Trailer)