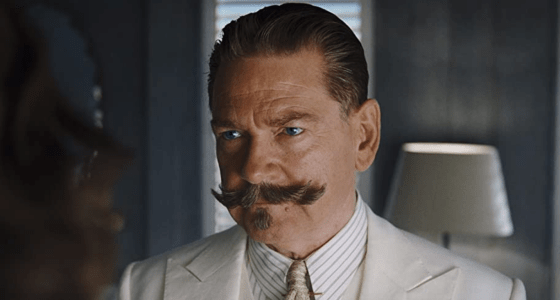 With both the ongoing issues and concerns about the pandemic and the Super Bowl taking most of the audience away for Sunday, the weekend box office was slow but Death on the Nile managed to come out on top.

The follow-up to Murder on the Orient Express, Death on the Nile took in $12.8 million for the weekend, which is less than half of what Murder on the Orient Express made during its 2017 debut.  It’s about $3 million below where Kenneth Branagh’s Jack Ryan movie, Jack Ryan: Shadow Recruit, opened to and above his take on Frankenstein.  Worldwide, the movie has $33.5 million so far.

Jackass Forever dropped to second place with $8 million, dropping about 65% from last weekend’s opening.  The movie has $43.9 million so far worldwide.

Marry Me opened in third place with $7.9 million, which puts it between Angel Eyes and Parker for Jennifer Lopez and nowhere close to her last big movie, 2019’s Hustlers.  The movie was also available for Peacock subscribers, a fact that was advertised during the Super Bowl, but it’s not clear how many people chose to stream over going to the theater.  The movie has $16.5 million worldwide so far.

Spider-Man: No Way Home and Blacklight rounded out the top 5 with the latter being one of the worst openings ever for Liam Neeson, sitting between recent releases Honest Thief and The Marksman.  The movie didn’t really have any sort of international release.  Spider-Man, meanwhile, is around $1 million from taking over the #3 spot from Avatar on the All-Time domestic charts, so it probably already has or will definitely achieve that by next week.

Further down the list, Moonfall plummeted like the Moon in the movie as it fell 71% from last weekend’s already terrible opening and only brought in another $2.8 million and took 8th place.  Boosted by Oscar nominations and a massive expansion, Licorice Pizza took ninth place and $959,788, up almost 50% from last weekend.

Oscar nominee The Worst Person in the World took the Per Theater average with $5,077 in each of the 49 theaters it was playing in over the weekend.