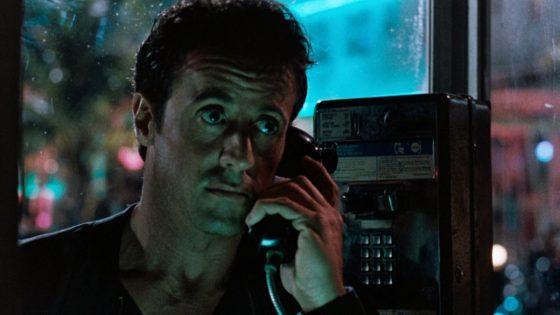 Probably more remembered than the movie it came from, “Turn the Beat Around” by Gloria Estefan was a huge hit from a somewhat forgotten Stallone movie, The Specialist.  While Stallone was falling for Sharon Stone and helping her get explosive revenge, Estefan delivered a Latin club jam on the soundtrack that hit #13 on the Billboard charts.  The song was originally recorded as a disco song in 1976 by Vicki Sue Robinson and covered before Estefan by Laura Brannigan in 1990 but the original and the Estefan versions are the two that are best remembered and massive hits for their times.  For the music video, future Friday the 13th and Conan the Barbarian remake director Marcus Nispel directed for Estefan, which featured her on a skyscraper with a helicopter flying around and clips from the movie splashed across a nearby skyscraper.  Check it out below.