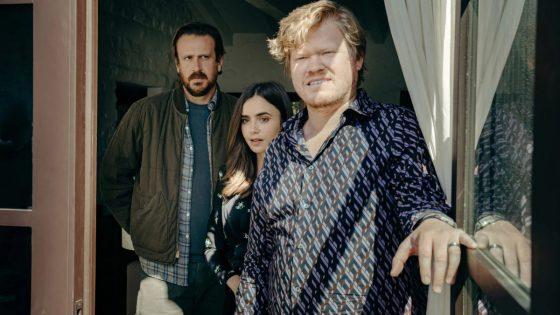 We all love Jesse Plemons and there’s more coming from him in March with the darkly comic crime movie Windfall hitting Netflix. Plemons plays an arrogant tech billionaire who heads to his vacation home with his wife, played by Lily Collins, but they find a criminal, played by Jason Segel, who is in the process of robbing them as he didn’t believe anyone would be home.  The situation turns into a hostage situation with lots of back and forth between the trio and escalating stakes as the hours drag on.  The movie is directed by Charlie McDowell, who previously directed The One I Love and The Discovery.  The movie is out on March 18th and you can check out the trailer below.

The Workaholics Go Die Hard in Game Over, Man! (Trailer)