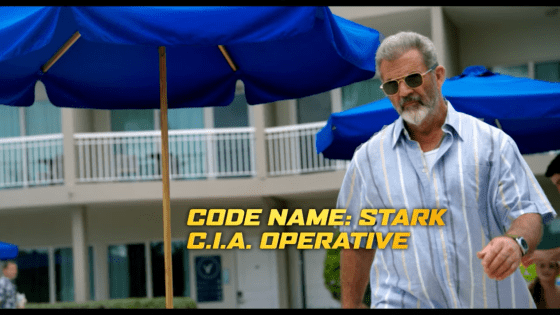 Unlike say, a Bruce Willis, Mel Gibson at least seems like he’s still trying in the various schlocky action movies he shows up in and he’s teaming up with Cole Hauser for Panama later this year.  Directed by Mark Neveldine, who previously brought us the Crank movies with Brian Taylor, Panama stars Gibson as CIA agent Stark, who gets sent to Panama to handle an illegal arms deal but gets caught in the US’s invasion of the country.  Stark calls his buddy Becker (Hauser) in to help with the job and various dirty dealings and shootouts ensue.  It’s not clear if this will reach the heights of Neveldine’s previous work but there are behind-the-scenes shots of him on his trademark rollerblades getting footage, so hopefully, at the very least Panama will be more kinetic than a lot of similar VOD action movies.  There’s no release date yet but you can check out the trailer below.