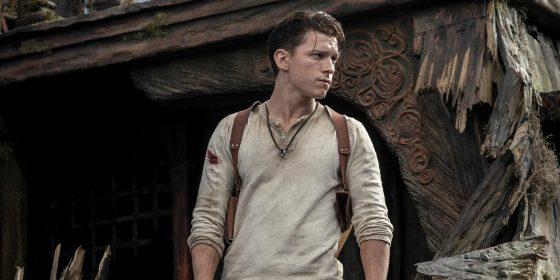 Tom Holland proved that outside of Spider-Man he’s still a box office draw as Uncharted had a strong debut and one of the biggest openings ever for a video game movie.

Uncharted opened to $44 million, which is the fourth-best opening ever for a video game-based movie and the best video game movie opening since Sonic in 2019.  It was also the second-best opening for director Ruben Fleischer behind Venom.  The movie has made $139 million worldwide so far and it’s the fifth highest-grossing film worldwide so far for 2022.

Channing Tatum’s Dog also had a strong debut, although it made less than half of what Uncharted made.  Dog brought in $14.9 million over the weekend, which is close to topping its budget, so it should be fairly profitable for United Artists.

Tom Holland’s other starring role, Spider-Man: No Way Home, is still in the top 5 and actually moved back up to 3rd place from 4th place last weekend.  Spider-Man brought in $7.4 million for the weekend and it has over $770.3 million domestic and $1.8 billion worldwide.  It officially passed Avatar and is now the 3rd highest-grossing film domestically of all time and it’s the 6th highest-grossing film worldwide of all time.

After taking the top spot last week, Death on the Nile dropped to fourth place, although it had a fairly decent drop of 49%.  It took in another $6.5 million and it has $26.2 million domestic so far for two weeks out and over $76 million worldwide.

Jackass Forever rounded out the top 5 with $5.2 million, bringing it to $47.6 million domestic and over $58 million worldwide.

Further down the list, the new werewolf movie The Cursed barely made it into the top 10 at #9 with $1.7 million although it was in less than 2,000 theaters.  Marry Me and Blacklight also fell out of the top 5 in their second weekends, with Marry Me dropping to 6th and Blacklight barely staying in the top 10 at #10.

The Per Theater average went to Uncharted, which made $10,292 in each of the 4,275 theaters it played in over the weekend.