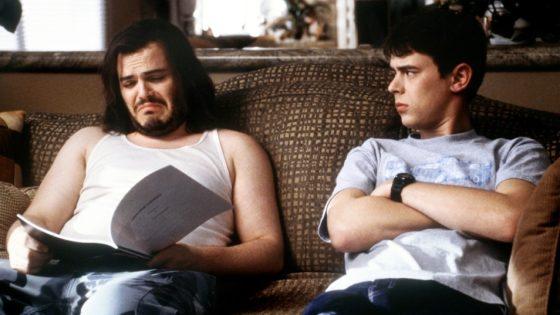 This upcoming weekend’s release of Studio 666 starring the Foo Fighters as themselves may seem a bit odd but the band has frequently paid homage to movies and pop culture in their music videos, including 2002’s “The One”.  Coming from the soundtrack for the Jack Black/Colin Hanks movie Orange County, the video starts with a great bit of Dave Grohl performing an acting monologue of a scene from the movie but the rest of the video is actually an homage to the movie/TV series Fame, as the members of Foo Fighters participate in various classes in a performing arts school.  While Dave studies acting, Taylor Hawkins takes violin, Nate Mendel takes a mime class and Chris Shiflett does ballet.  The song reached #20 on the Mainstream Rock Billboard chart and #14 on the Alternative Airplay charts and the making of the video was a part of MTV’s series”Making the Video” during that show’s 8th season.  Check out the video below.