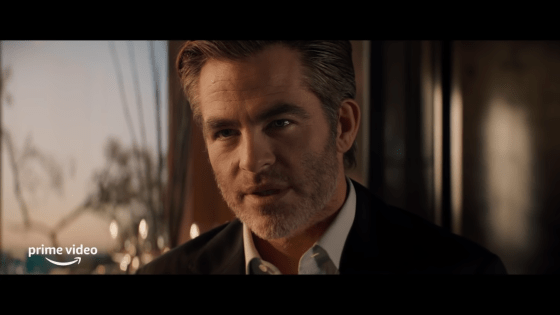 It seems like it’s going to be a great April for Chris Pine doing espionage.  There’s The Contractor hitting theaters and Digital on April 1st and Prime Video also has Pine and Thandiwe Newton in All the Old Knives.  Based on a novel by Olen Steinhauer, All the Old Knives finds Pine as CIA intelligence officer Henry, who is assigned to investigate a possible mole that helped terrorists execute a deadly hostage situation in Vienna years ago.  One of the main suspects might be Henry’s old flame Celia (Newton) and he has to navigate his feelings for her while trying to uncover the truth.  Jonathan Pryce and Laurence Fishburne co-star and the movie is directed by Janus Metz, who previously directed for True Detective as well as movies like Borg vs McEnroe and Armadillo.  The movie is out on Prime Video and select theaters on April 8th and you can check out the trailer below.

Chris Pine Does Black Ops in The Contractor (Trailer)