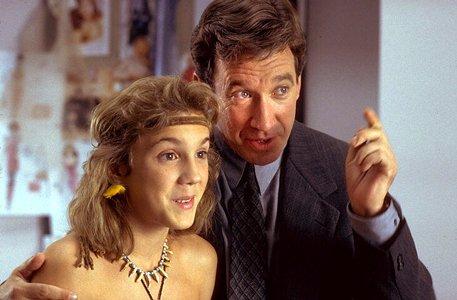 Celebrating its 25th anniversary today, 1997’s Jungle 2 Jungle was the third big Tim Allen/Disney collab of the 90s following The Santa Clause and Toy Story.  Allen starred as Michael Cromwell, a self-absorbed broker in NYC who travels to Venezuela to get his divorce from his first wife officially signed.  She is a researcher living with a tribe of native people and reveals to Michael that they have a 13-year-old son, Mimi-Suku (Sam Huntington).  Mimi-Suku accompanies Michael back to NYC and wacky hijinks ensue.  The movie featured a World Music vibe on the soundtrack, with one of the artists featured being Maxi Priest.  Debuting in 1988, Priest was a reggae fusion artist and one of the major artists to have international success in that genre.  Priest had some hits going into 1997, like “Close to You”, “Set the Night to Music” with Roberta Flack, and “That Girl” with Shaggy and he contributed “It Starts in the Heart” for the Jungle 2 Jungle soundtrack.  Peter Gabriel, Afro Celt Sound System, Jam Nation, and more were also on the soundtrack.  It doesn’t seem like “It Starts in the Heart” was released as a single but it did get a music video that features Maxi Priest taking photos of various people, including making it seem like he’s taking photos of the movie’s cast.  Check it out below.