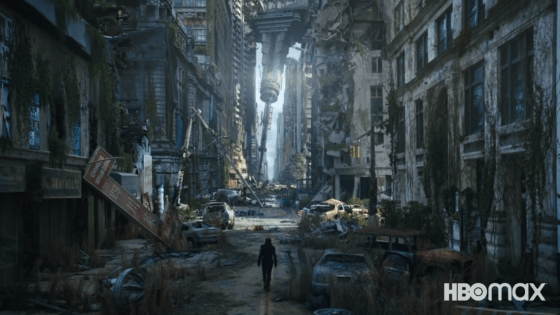 Based on the critically acclaimed Vertigo comic series by Brian Wood and Riccardo Burchielli, DMZ arrives as the newest HBO Max original series in just over a week on March 17th.  Rosario Dawson stars as Alma, who is inspired by the comic’s Zee Hernandez but is original character for the show.  A new Civil War has broken out between the United States and secessionist Free States of America, with Manhattan designated as a DMZ between the two factions.  The DMZ is supposed to be a peaceful neutral zone but there are thousands of people who were left behind and are now trapped between the warring factions and lawlessness reigns.  Alma enters the DMZ on a quest to find her lost son, who was left behind when the initial evacuation of Manhattan took place. Benjamin Bratt, Rutina Wesley, Mamie Gummer, Nora Dunn, Henry G. Sanders, Venus Ariel, Jade Wu, Rey Gallegos, Agam Darshi, and Juani Feliz co-star and Ava DuVernay executive produced the series and directed the first episode.  Check out the trailer below.