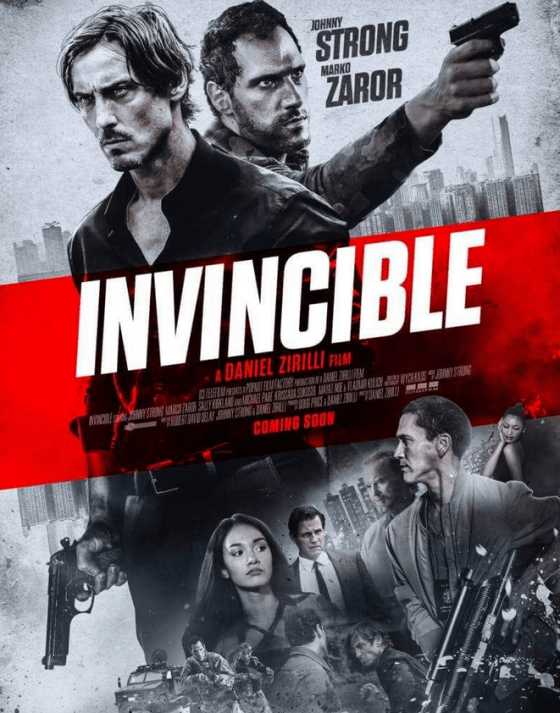 The new action-thriller Invincible is out today on DVD and Digital from Lionsgate and we have an exclusive clip you can check out below.  Johnny Strong and Marko Zaror star and the movie follows Zaror’s Brock Cortez, who has undergone a top-secret experiment that implanted nanobots into his body after he suffers traumatic injuries on a combat mission.  The nanobots make him seemingly impervious to damage and highly enhance his strength but also drive him insane and he goes rogue.  Johnny Strong’s security guard Cam tries to stop Cortez but gets severely injured and undergoes the same process, allowing him to take on Cortez but also seemingly setting a ticking clock before he might succumb to the same madness from the nanobots.  Michael Paré and Sally Kirkland co-star and the clip below is one of the first encounters between Cam and Cortez, which goes badly for Cam.  Check it out.