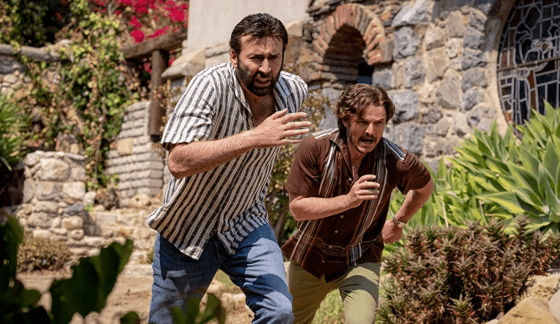 We all love Nicolas Cage and perhaps the ultimate celebration of the cult icon is coming in April with The Unbearable Weight of Massive Talent.  Nicolas Cage plays…himself, or at least an exaggerated version of himself who is down on his luck acting-wise and desperate for parts and cash.  His agent (Neil Patrick Harris) gets him a gig that personal appearance gig that pays a cool $1 million and Cage takes it, attending the birthday celebration of Nic Cage superfan Javi (Pedro Pascal).  Bonding with his new friend over his past roles, Cage is recruited by the CIA, specifically, agents played by Tiffany Haddish and Ike Barinholtz, who inform Cage that Javi is actually one of the most ruthless criminals in the world and they need his help to take Javi down.  It looks like there are going to be tons of references to Cage’s past hits and he’s going to be doing some of his patented mega-acting.  Tom Gormican, who previously directed That Awkward Moment and executive produced the short-lived Fox series Ghosted, is directing the movie and it’s out on April 22nd.  Check out the new trailer below.

Dying of the Light Trailer