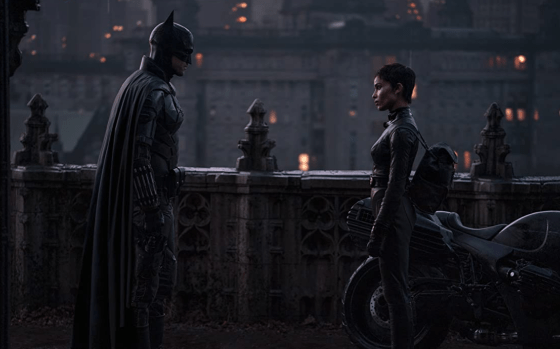 With no new competition, The Batman remained on top of the box office for its second weekend and continued its domestic and global domination.

The Batman dropped about 51% from last weekend’s opening with another $66.5 million.  It has over $239 million domestic so far and over $465 million worldwide, putting it at #2 globally for the year behind The Battle of Lake Changjin II from China, which has over $629 million so far.  It’s still early but right now The Batman is still in fifth place globally and sixth domestically for Batman films (if you include Joker) but it should move up a few places before its box office run is over.

Uncharted remained in second place with another $9.2 million.  It has over $113 million domestic and over $301 million worldwide and is the fourth highest-grossing film worldwide for the year.

In only 803 theaters, the BTS concert film, BTS Permission to Dance on Stage Seoul, took third place with $6.8 million domestic and it has over $32 million worldwide.  That $6.8 million is also only for Saturday, as it was a special, one-night engagement, so it’s a huge debut considering and proves the continued power of BTS in the US.

Dog and Spider-Man: No Way Home rounded out the top 5.

The Batman took the Per Theater average for another week with $15,055 in each of the 4,417 theaters it played in.