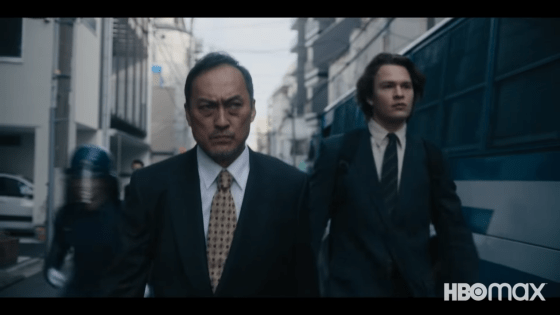 Even if his last couple of movies haven’t been the greatest *cough* Blackhat *cough*, anything new from Michael Mann always piques our interest and he’s executive producing and directing the pilot for the new HBO Max drama series, Tokyo Vice.  Starring Ansel Elgort and Ken Watanabe, the show is an adaptation of the memoirs for reporter Jake Adelstein (who Elgort plays in the series), who lived in Tokyo in the mid-90s working for the crime beat of Yomiuri Shimbun, one of Japan’s biggest newspapers.  Watanabe plays the veteran cop that shows Adelstein around and Adelstein gets drawn deeper into the underworld of Japan into the world of the Yakuza.  Rinko Kikuchi, Rachel Keller, Ito Hideaki, Kasamatsu Sho, Kosuke Toyohara, Koshi Uehara and Yamashita Tomohisa co-star.  Along with Mann, Shang-Chi’s Destin Daniel Cretton directed the majority of the episodes and the show was created by J.T. Rogers, who previously worked on the HBO movie Oslo.  The show debuts with three episodes on April 7th and you can check out the trailer below.

Jared Leto Joins the Yakuza in The Outsider (Trailer)