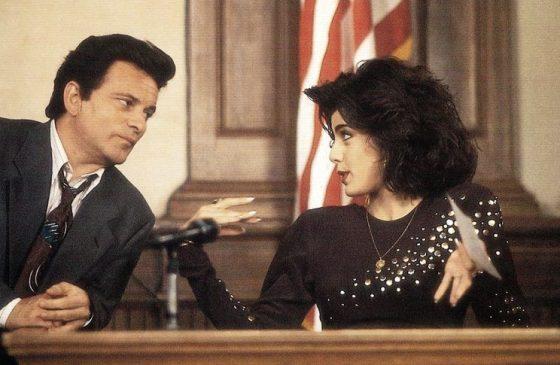 My Cousin Vinny turned 30 this past weekend and star Joe Pesci took his character beyond the film and into the world of music for the 1998 album Vincent LaGuardia Gambini Sings Just for You. Performing most of the songs in character as Vinny Gambini, Pesci performed a mix of jazz standards and original songs, including a song called “Yo Cousin Vinny” and “Wise Guy”, which got an official music video starring Pesci.  Before he became an actor, Pesci was a lounge singer going under the name Joe Ritchie and he put out an album in 1968 called Little Joe Sure Can Sing!. Wanting to return to singing after retiring from acting for a while in 1998, he put out Vincent LaGuardia Gambini Sings Just for You and he put out a third album as recently as 2019, Pesci… Still Singing.  The song “Wise Guy” features Pesci “rapping” and leans more towards his Scorsese characters from movies like Goodfellas and Casino and features elements from the Blondie song “Rapture”.  Except for the jazz covers that called back to his lounge days, the album was not well received and Pesci returned to acting in 2006 with his frequent co-star Robert DeNiro for The Good Shepherd.  You can check out the music video (in unfortunately horrible quality) for “Wise Guy” below.