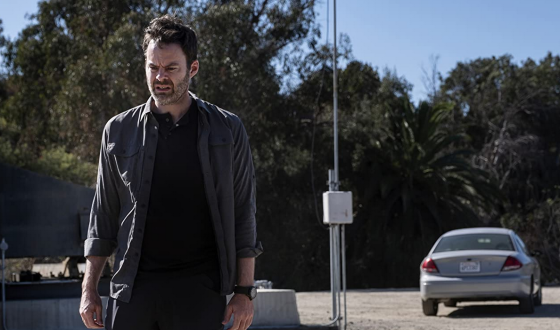 The hits keep coming for HBO/HBO Max in April as the highly anticipated third season of Bill Hader’s Barry finally arrives and a new show from the team behind what many consider the greatest TV show of all time, The Wire, We Own This City debuts next month as well.

We Own This City debuts on April 25th and comes from David Simon and the team behind The Wire.  It’s based on the book We Own This City: A True Story of Crime, Cops, and Corruption and brings things back to the setting of The Wire, Baltimore, for the story of the city’s Gun Trace Task Force, who became unbelievably corrupt, going rogue and robbing citizens and criminals alike, filing false paperwork, lying to investigators and other crimes that finally caught up to them in 2017 when all 8 officers on the task force were arrested.  Jon Bernthal is the leader of the Gun Trace Task Force, Sgt. Wayne Jenkins and Wunmi Mosaku, Treat Williams, Jamie Hector, McKinley Belcher II, Darrell Britt-Gibson, Josh Charles, Dagmara Domincyzk, Rob Brown and Don Harvey co-star.  The show will be six episodes with King Richard director Reinaldo Marcus Green directing.

The night before the premiere of We Own This City, Barry is finally back with the Season 3 premiere on April 24th.  Bill Hader is back as assassin turned actor Barry Berkman as the walls keep closing in and his secret becomes dangerously close to being exposed to the world.  Stephen Root, Sarah Goldberg, Anthony Carrigan, and Henry Winkler are all back for the new season and it will have been almost two years since the season 2 finale.

Show Me a Hero Trailer