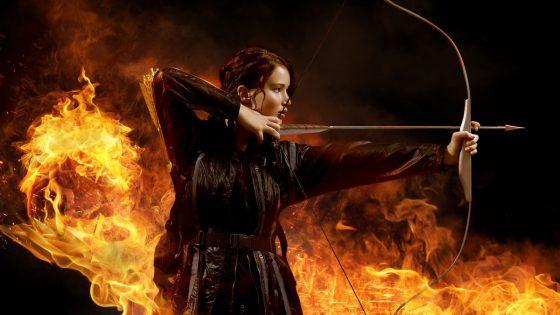 The first Hunger Games movie turns 10 this week and one of the big ways the movie was promoted in 2012 was via its soundtrack album, The Hunger Games: Songs from District 12 and Beyond.  While James Newton Howard provided the movie’s score, T Bone Burnett, who has worked on Crazy Heart, True Detective, Walk the Line, and more, produced the album.  Given that in the universe of The Hunger Games, Katniss’ home of District 12 is in the Appalachia region of the former United States, the album leans into the folksy/country style of that region.  Arcade Fire, Miranda Lambert, Neko Case, and The Decemberists all had songs on the album but the main artists were Taylor Swift and The Civil Wars.  Taylor and The Civil Wars both had songs of their own on the album with “Eyes Open” and “Kingdom Come” respectively but they teamed up for the movie’s big single “Safe & Sound”.  The song was critically and commercially successful and many critics feel like Taylor looked back to this song for inspiration on her more folk/alternative rock style albums Folklore and Evermore from 2020.  The entire Hunger Games album was a massive hit, rocketing to #1 upon release and ending up Gold and #57 on the year-end Billboard charts.  “Safe & Sound” also won a Grammy for “Best Song Written for a Visual Medium”   The music video was directed by Phillip Andelman, who worked with future frequent Taylor Swift collaborator Joseph Kahn as a cinematographer and 2nd Unit Director.  Check out the video below.