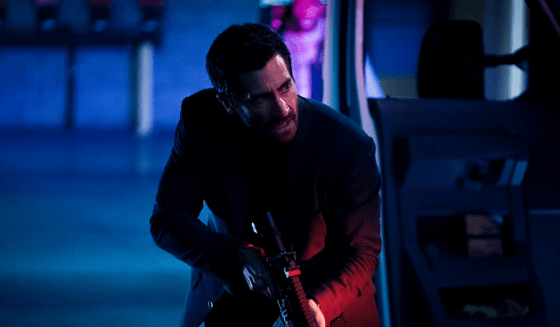 After delivering the ridiculous Netflix action movie 6 Underground, Michael Bay is back in theaters in April with Ambulance.  A remake of a Danish thriller, Ambulance stars Jake Gyllenhaal and Yahya Abdul-Mateen II as brothers who pull a massive bank heist in Los Angeles and then try to escape in an ambulance.  They draw massive attention from the police and the media and a huge chase ensues through the city.  To make matters more intense, an EMT, played by Eiza Gonzalez, is taken hostage in the ambulance along with an injured cop.  The movie seems like it will hopefully be a return to form for Bay, still ridiculous but possibly more grounded, although there’s still some weird humor like the guys trying to chill out to Christopher Cross mid-chase.  The movie is out on April 8th and you can check out the new trailer below.