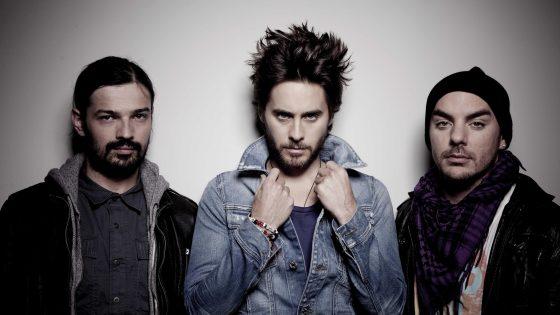 Jared Leto’s Morbius is finally hitting theaters this coming weekend after what seemed like at least a dozen different release dates.  Along with his various acting roles, Leto has also been involved with his band Thirty Seconds to Mars, which he formed with his brother Shannon Leto.  Formed in 1998 between the two brothers, the group’s first album came out in 2002, after Requiem for a Dream when he had a few less critically acclaimed movies come out, like Highway.  The group has had five albums in total, the most recent America in 2018 and they’ve had a number of hit singles.  Along with the Letos, various members of the band have rotated in and out, with Stevie Aiello being their current third member on bass, guitar, keyboard, and backing vocals.  Jared Leto provides lead vocals and rhythm guitar while Shannon Leto is the group’s drummer.  You can check out some of Thirty Seconds to Mars songs below, including “The Kill” which has bonus Musical Montage points for having a music video that’s an homage to The Shining.