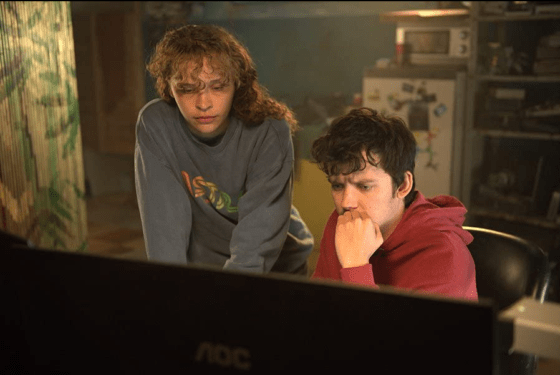 Looking like it has some vibes of previous Netflix release Bandersnatch, Choose or Die is not interactive but does feature a killer video game from the 80s.  Iola Evans plays Kayla, a broke student who gets fired from her cleaning job and, desperate for cash, discovers an old 80s PC game called Curs>r that has an unclaimed prize of $125,000 if you can survive 5 days of playing it.  Kayla takes up the challenge but soon realizes the game seems to be able to manipulate reality and cause increasingly horrific things to start happening, with many of them forcing Kayla to make a terrible choice.  Asa Butterfield, Eddie Marsan, Kate Fleetwood, and Robert Englund (as himself) co-star, and the movie was directed by Toby Meakins, who has directed a number of horror shorts and anthology segments previously.  Choose or Die hits Netflix on April 15th and you can check out the trailer below.