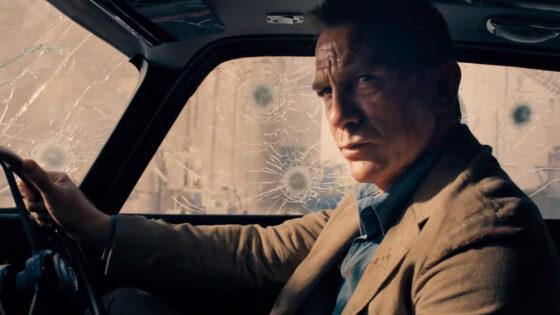 Originally released to promote the last Daniel Craig Bond film in February 2020, Billie Eilish’s “No Time to Die” only recently culminated its journey with a win over two years later at last weekend’s Academy Awards.  No Time to Die kept getting pushed back until it eventually arrived in October 2021, which meant the theme song was just kind of out there with no movie to promote but it was still a big hit, hitting #1 on the UK charts when it was released as a single and #16 on the Billboard Hot 100.  Along with last weekend’s Oscar, the song also won a Grammy, Critic’s Choice Award and bunch of other honors and Eilish is the first person born in the 21st century to win an Oscar.  It’s also the third win in a row for Best Original Song for the Bond franchise as “Skyfall” and “Writings on the Wall” both won Oscars the years they were nominated.  Eilish is also the youngest artist to write and perform a Bond theme, being 17 at the time of recording.  Eilish co-wrote the song with her brother Fineas and the movie’s composer, Hans Zimmer, did the orchestrations.  The song perfectly matches the moody tone of the final chapter of the Daniel Craig era and the betrayal Bond feels in his relationship with Dr. Madeleine Swan (Lea Seydoux).  You can check out the music video for “No Time to Die” below.