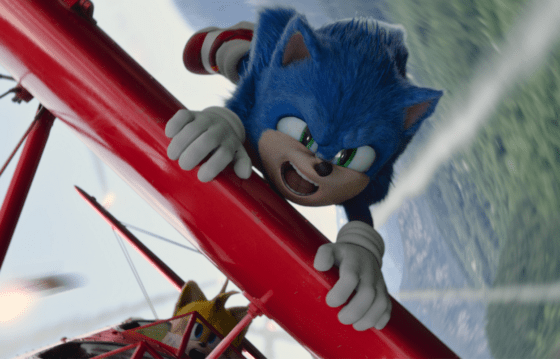 The first Sonic the Hedgehog movie was the last big movie to hit theaters before the pandemic back in 2020 and now, as we seem to be coming out on the other side of it, Sonic the Hedgehog 2 was even bigger,  with the biggest opening of all time for a video game based movie.

Sonic the Hedgehog 2 opened to $72.1 million, just over $14 million more than the first Sonic movie, which was the previous record-holder for the biggest video game movie opening.  Sonic 2 is also the first PG-rated movie to open above $70 million since Frozen II in 2019.  With another $70 million internationally, Sonic 2 has over $142 million worldwide so far and is the 7th highest-grossing film worldwide for 2022 between the Chinese film Boonie Bears and Scream (2022).

Morbius dropped to second place in its second weekend with a steep 74% decline, taking in another $10.2 million and bringing it to $57 million domestic and $126.3 million worldwide.  Word of mouth was probably not great for Morbius, as its Cinemascore from opening night audiences when it debuted was a C+, which is pretty terrible, and that, combined with the terrible critical response, probably made a lot of audience members either decide to wait to see it at home or not see it at all.

The Lost City dropped to third with another $9 million, bringing it to $68.7 million domestic and $69.6 million worldwide, as it has not really had any sort of release outside of the domestic marketplace yet.

Michael Bay’s latest, Ambulance, opened in fourth place with a soft $8.7 million.  It’s Bay’s lowest theatrical opening ever, even below The Island, which was his previous worst opening but Ambulance is definitely one of his best-reviewed movies in decades.  Transformers: Revenge of the Fallen is Bay’s biggest domestic opening of all time with just over $108 million.

Everything Everywhere All at Once, one of the most talked-about films of the year, opened wide over the weekend and jumped into the top 10 at 6th place with just over $6 million.  It’s slightly under The Disaster Artist’s debut when it went from limited to wide release and its currently #17 on the all-time A24 chart, between The Lighthouse and Amy.