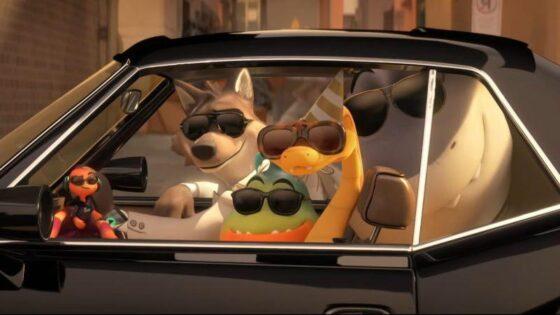 Dreamworks was able to reign supreme at the box office this past weekend as The Bad Guys took the top spot on the charts.

The Bad Guys took in $24 million in 4,009 theaters and it was the best debut for Dreamworks since How to Train Your Dragon: The Hidden World and close to the opening of Encanto last year, which made $27.2 million before exploding on Disney+ a few months later.  Word of mouth seems like it will be strong as it got an A Cinemascore from opening day audiences and is drawing in tons of younger audience members and their parents.  The movie has made $63.1 internationally for a worldwide total so far of $87.1 million.

Another family-friendly movie, Sonic the Hedgehog 2, stayed in second with another $15.2 million, bringing it to $145.8 million domestic and $220.6 million worldwide.  It is currently the 6th biggest movie worldwide for 2022 and has probably already topped the domestic gross of the first Sonic movie and is about $84 million off from topping the previous movie’s worldwide gross.

The Secrets of Dumbledore dropped to third place after topping the charts last weekend, falling 67% with $14 million.  It has $67.1 million domestic and $280.3 million worldwide.

The Northman and The Unbearable Weight of Massive Talent both underperformed compared to their critical reception and hype from film fans, but they must not have been as interesting to general audiences.  The Northman took in $12 million but its budget was around $90 million and it doesn’t seem to be making much noise internationally.  It would probably need to make at least $180 million for it to possibly break even.  Unbearable Weight cost much less but only brought in $7.1 million.  It cost about $30 million to make and it seems to confirm that audiences might rather watch mid-budget comedies at home on platforms like Netflix or Amazon than trek out to the theater.  Unbearable Weight’s opening puts it around Next as far as Nicolas Cage openings.  Everything Everywhere All at Once is also continuing to be strong at the box office and may be pulling away some of the niche genre fans away from The Northman and Unbearable Weight.

Petite Maman took the Per Theater average with $45,764 in each of the four theaters it played in.