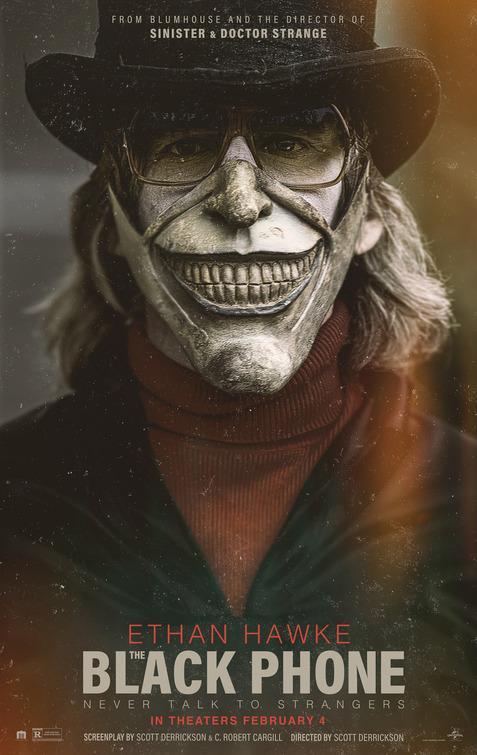 If you’re looking for horror this summer then Blumhouse and A24 have you covered with The Black Phone in June and Bodies Bodies Bodies in August.

The Black Phone arrives on June 24th and is based on a short story by Joe Hill.  Ethan Hawke reunites with his Sinister director Scott Derrickson as the villainous and sadistic killer known as The Grabber, who has kidnapped and murdered a number of kids.  His latest victim is Finney Shaw (Mason Thames), who is locked in a room with a broken phone.  However, he starts to get calls from The Grabber’s previous victims, who are able to train and impart knowledge to Finney to help him try and escape.  Finney’s sister Gwen (Madeleine McGraw) meanwhile has dreams and visions of where Finney might be that could help the police locate him and finally stop The Grabber.

Bodies Bodies Bodies comes from A24 and director Halina Reijn and follows a group of rich 20 somethings as they plan to stay in a remote mansion to party during a hurricane.  They decide to play a game called Bodies Bodies Bodies, where one of them is designated as the killer but the game becomes real and people start dying.  Amandla Stenberg, Maria Bakalova, Myha’la Herrold, Chase Sui Wonders, Rachel Sennott, Lee Pace, and Pete Davidson co-star, and along with being a slasher movie, it’s also a satire with the cast hashing out personal drama and accusing each other of being toxic, triggering and gaslighting.  It’s out on August 5th.