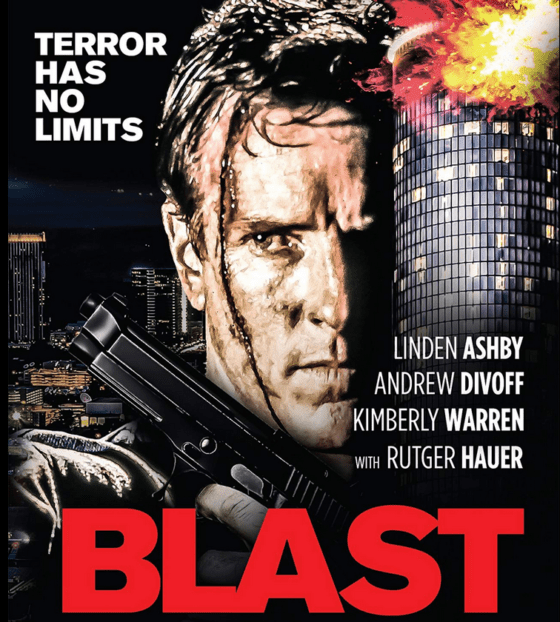 A few years after co-starring as Johnny Cage in Mortal Kombat, Linden Ashby got to do his best John McClane impression with 1997’s Blast.  Ashby stars as former Olympic martial artist Jack Bryant, who was sidelined due to an injury and is now the janitor at the Atlanta Olympic swimming facility.  Terrorists storm the facility and take the swim team hostage, which leaves Jack as the only chance to stop the terrorists and rescue the hostages.  The great Andrew Divoff co-stars as Omodo, the terrorist leader, and the late, great Rutger Hauer appears as Leo, a possibly Native American(?!), wheelchair-bound FBI agent. Kimberly Warren rounds out the cast as Jack’s former flame Diane Colton, now the coach for the US women’s swim team.  As far as Die Hard knock-offs go, Blast is a solid entry with some fun action and a very Johnny Cageesque performance from Ashby.  The movie was directed by Albert Pyun, who also directed movies like Cyborg, The Sword and The Sorcerer, Radioactive Dreams, and Adrenalin: Fear the Rush.  You can check out the entire movie below thanks to Popcornflix on YouTube.