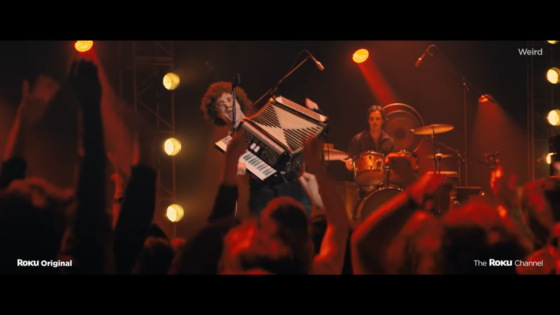 Coming to Roku of all places later this year, Weird Al gets the biopic treatment he so rightfully deserves with Weird: The Al Yankovic Story.  Daniel Radcliffe stars as Al and the movie follows his humble beginnings to his discovery on the Dr. Demento show and his rise to musical superstar but, like all things Al, it seems like it’s also going to be playing with the truth and parodying other biopics, so it could be more Walk Hard than Walk the Line.  Evan Rachel Wood, Toby Huss, Julianne Nicholson, Rainn Wilson, and James Preston Rogers co-star, and the movie is directed by Eric Appel, who directed the Weird Al biopic joke trailer for Funny or Die that featured Aaron Paul as Al and has also worked on Silicon Valley, Son of Zorn, Brooklyn Nine-Nine, Die Hart, New Girl and more.  Check out this first teaser below.