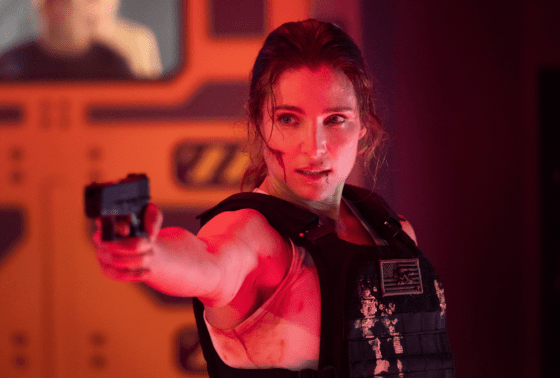 Seemingly not wanting her husband Chris Hemsworth to kick all the ass on Netflix, Elsa Pataky is getting her own action blockbuster in June with Interceptor.  Pataky plays JJ Collins, an Army captain assigned to a remote missile interception station.  When terrorists seize the base and threaten to launch the station’s nuclear missiles at various US cities, Collins has to use her training to stop the terrorists and take back control.  Luke Bracey co-stars as the leader of the terrorists.  The movie seems like it has some Under Siege vibes with the missile stealing plot and the Die Hard scenario and it’s directed by Matthew Reilly, who is making his directorial debut after writing several best-selling novels, some of which were picked up as TV shows or movies. Interceptor debuts on June 3rd on Netflix and you can check out the trailer below.