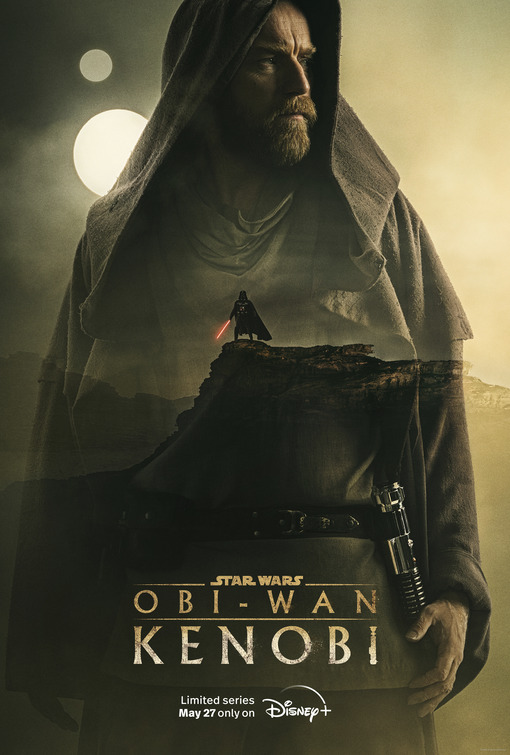 To celebrate Star Wars Day, Disney dropped a new trailer for Obi-Wan, which debuts on Disney+ at the end of the month.  Ewan McGregor returns as Obi-Wan Kenobi, who is now in self-imposed exile on Tatooine looking over young Luke Skywalker after the purging of the Jedi and the rise of the Empire.  Despite being on the Outer Rim, Sith Inquisitors seem to have gotten Obi-Wan’s trail and are hunting down the Jedi Master on the orders of Darth Vader.  Rupert Friend, Moses Ingram, Kumail Nanjiani, Benny Safdie, Joel Edgerton (reprising his Prequels role), Sung Kang, Simone Kassell, O’Shea Jackson Jr, and Maya Erskine co-star with Hayden Christensen returning as Anakin Skywalker/Darth Vader.  Deborah Chow, who directed multiple episodes of The Mandalorian, is directing every episode of Obi-Wan while the show is being run by Joby Harold, who previously worked on Underground, Awake, King Arthur: Legend of the Sword, 2018’s Robin Hood, and John Wick Chapter 3.  The two-episode premiere of Obi-Wan hits Disney+ on May 27th and you can check out the trailer below.

Obi-Wan Returns in May on Disney+ (Trailer)