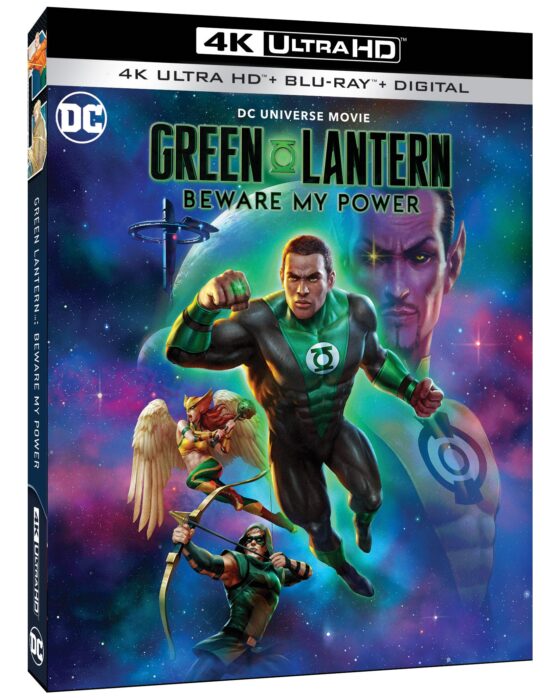 A staple of the classic early 2000s Justice League animated series, John Stewart is back in the spotlight for the next DC Animated movie, Green Lantern: Beware My Power.  Aldis Hodge (future Hawkman in Black Adam) voices Stewart, who goes from a recently discharged Army sniper to a member of the intergalactic peacekeepers known as the Green Lanterns.  The Lanterns suffer a massive loss to their enemy Sinestro (Rick D. Wasserman) and Stewart must quickly learn about his new powers while teamed up with Green Arrow (Jimmi Simpson) and Hawkgirl (Jamie Gray Hyder) to save the universe.  Ike Amadi, Brian Bloom, Mara Junot, Keesha Sharp, and Nolan North co-star, and the movie was directed by Jeff Wamester, who previously did Justice Society: World War II.  The movie is out on Digital, Blu-Ray, and 4K on July 26th and you can check out the trailer below.

Superman Takes on Lobo and Parasite in Superman: Man of Tomorrow (Trailer)