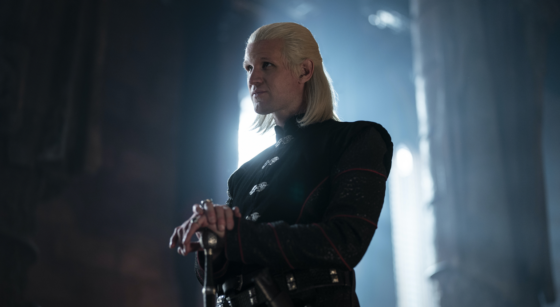 Game of Thrones didn’t exactly end on a high note but hopefully, House of the Dragon will get things back on track in Westeros when it debuts in August on HBO/HBO Max.  Set 200 years before Game of Thrones, House of the Dragon follows the reign of Viserys Targaryen (Paddy Considine) over Westeros and the ambitions of his children Daemon (Matt Smith) and Rhaenyra (Emma D’Arcy).  There are also ancestors to the Starks, Lannisters, Hightowers, and other noble families who will face off and ally themselves in the centuries to come.  Olivia Cooke, Eve Best, Steve Toussaint, Rhys Ifans, Sonoya Mizuno, Fabien Frankel, Graham McTavish, Jefferson Hall, and Milly Alcock co-star with Ryan J. Condal, who previously created the USA series Colony, is running the series.  House of the Dragon debuts on August 21st and you can check out the new trailer below.