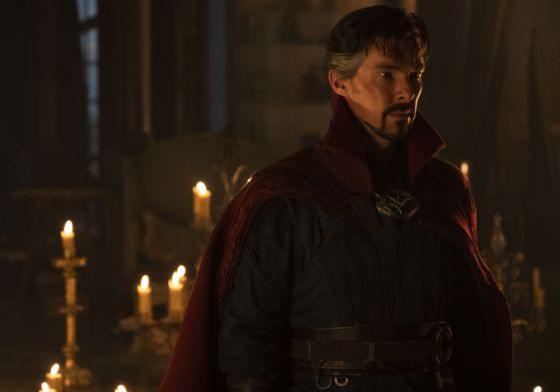 As expected, Doctor Strange in the Multiverse of Madness easily took the top spot at the box office with a massive debut that makes it already the 2nd biggest movie of the year domestically and the 3rd biggest movie worldwide.

Multiverse of Madness took in $187 million domestic over the weekend, the second best weekend of the “pandemic era” behind Spider-Man: No Way Home.  All-time, it’s the 11th biggest opening of all time between Avengers: Age of Ultron and Incredibles 2 and over $100 million more than the first Doctor Strange movie made in 2016.  It was also the biggest opening ever for Sam Raimi, topping Spider-Man 3’s opening of $151.1 million back in 2007.  Worldwide, Multiverse of Madness took in $448.8 million.

Everything else was battling for scraps but The Bad Guys had a decent hold, dropping 41% from last weekend and taking second place with $9.5 million.  It has made $57.3 million domestic so far and $147.5 million worldwide.

Sonic 2 took third place with another $6 million, bringing it to over $169 million domestic and over $332 million worldwide, surpassing the original Sonic’s domestic and worldwide grosses.

Secrets of Dumbledore and Everything Everywhere All At Once rounded out the top 5, with the latter about $9 million away from becoming the highest grossing A24 movie ever.  It needs to top $50 million to unseat Uncut Gems and is currently just over $41 million.

Multiverse of Madness also took the Per Theater average, with $41,337 in each of the 4,534 theaters it played in over the weekend.